Go to link Back to website
Mods made for AKI 2.3.1 or older are NOT compatible with 3.0.0.
Please do not spam mod comments with requests for mods to be updated - repeat offenders will be muted at moderator discretion.

Makes the AI a little harder

This mod changes the AI, gear, and spawning patterns for scavs, PMCs, raiders and boss followers.

The AI changes make the AI more inclined to fire in bursts, act aggressively, and also tries to make their shooting patterns make more sense (eg. They're not very likely to randomly hit you with their first shots, but followup shots rapidly get more accurate, and when they fire in bursts, the bullets in that burst spread out instead of all hitting the exact same spot like a laser beam). There are a variety of configurable settings, from increasing their overall difficulty level to tweaking specifics like recoil or aiming / spotting speed.

The gear changes add more variety to AI loadouts, and have various options such as selecting minimum and maximum armor levels, altering the types of ammo they can use, and even a progressive gear system that syncs AI gear to both the class of bot, and the player level.

The spawning changes are designed to give the player some control over what kinds of bot appear in their raid. By default they greatly increase the number of bots in raids, and also the speed at which they appear. It also adds more varied cultist spawns to maps that can support them.

New as of version 1.21.1: If you have an error and need support, you must include the debug hash that appears in your server (It's also present in your user/logs/server.log file) when FAIT first loads, or your request will be ignored. The only exceptions are errors that prevent this debug hash from appearing.

A note on errors before raids, because I get this question a lot. TL;DR here, and the long explanation below:

TL;DR: The errors aren't harmful, and are just hiccups in weapon randomization where a flawed random weapon is being replaced with a weapon from Tarkov's presets.

If you're using the random weapon generation features of this mod, you'll most likely see errors when you load into a raid, saying things along the lines of "This part wasn't compatible with this part", or "This weapon was generated without a magazine". Due to weapon part interdependencies and conflicts, generating weapons without error from a limited selection of parts is difficult to do without significantly slowing the loading process. You can have a barrel that's compatible with only two out of twelve receivers, and only four out of twenty handguards, and each of those barrels is only compatible with three of those handguards, there are handguard / gas block combinations that aren't compatible.. And on and on. When every part is available there's pretty much always at least one combo that'll work no matter what you do, but if you start restricting weapon parts it gets much harder. Your choices for weapon generation boil down to trying to holistically generate the weapon, essentially looking at all the parts at once and making sure they all work with eachother.. Which in practice will basically involve a process very much like generating a few thousand versions of the weapon and then picking one from the list of weapons that don't have errors, or you can build it one part at a time. Upper receiver, barrel, gas block, handguard.. On and on, until you either hit a wall or get a working weapon -Doing it this way means you can run into errors and need to abort, but it also means you're only spending the computational resources to generate one weapon, as opposed to thousands (And I do mean thousands. The barrel / handguard / receiver combo for AR-15 type weapons has more than 400 possible combinations, never mind the gas blocks, stocks and buffer tubes that also have (admittedly lesser) compatibility issues). This is what AKI does, pretty much, and.. Because of this, in certain circumstances AKI's weapon generation code can paint itself into a corner, so to speak, and when it does it throws an error and assigns the bot a weapon from the presets list defined in AKI's globals file. -That's what you're seeing, and it's nothing to worry about.

One final note (for now): While I love and appreciate all your feedback in the comments, it had gotten to a point where there were so many it was slowing the page down, and the site mods had to disable comments for FAIT. -If you'd like to leave a positive comment, reviews are currently the best place for that. I'll try and field people's questions about the mod ion the help thread, but if possible that should remain mostly for technical support issues. Thank you all! 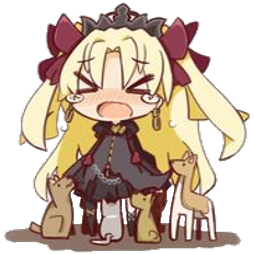 License Agreement
Creative Commons <by>
Are you advertising any external website or community?
No

Just a few of the 112 users online